Our past analysis continues to be valid despite the current chart changes.

Today we wanted to take apart another very important coin for cryptomarket – Ethereum. First, let’s take a look at its chart: 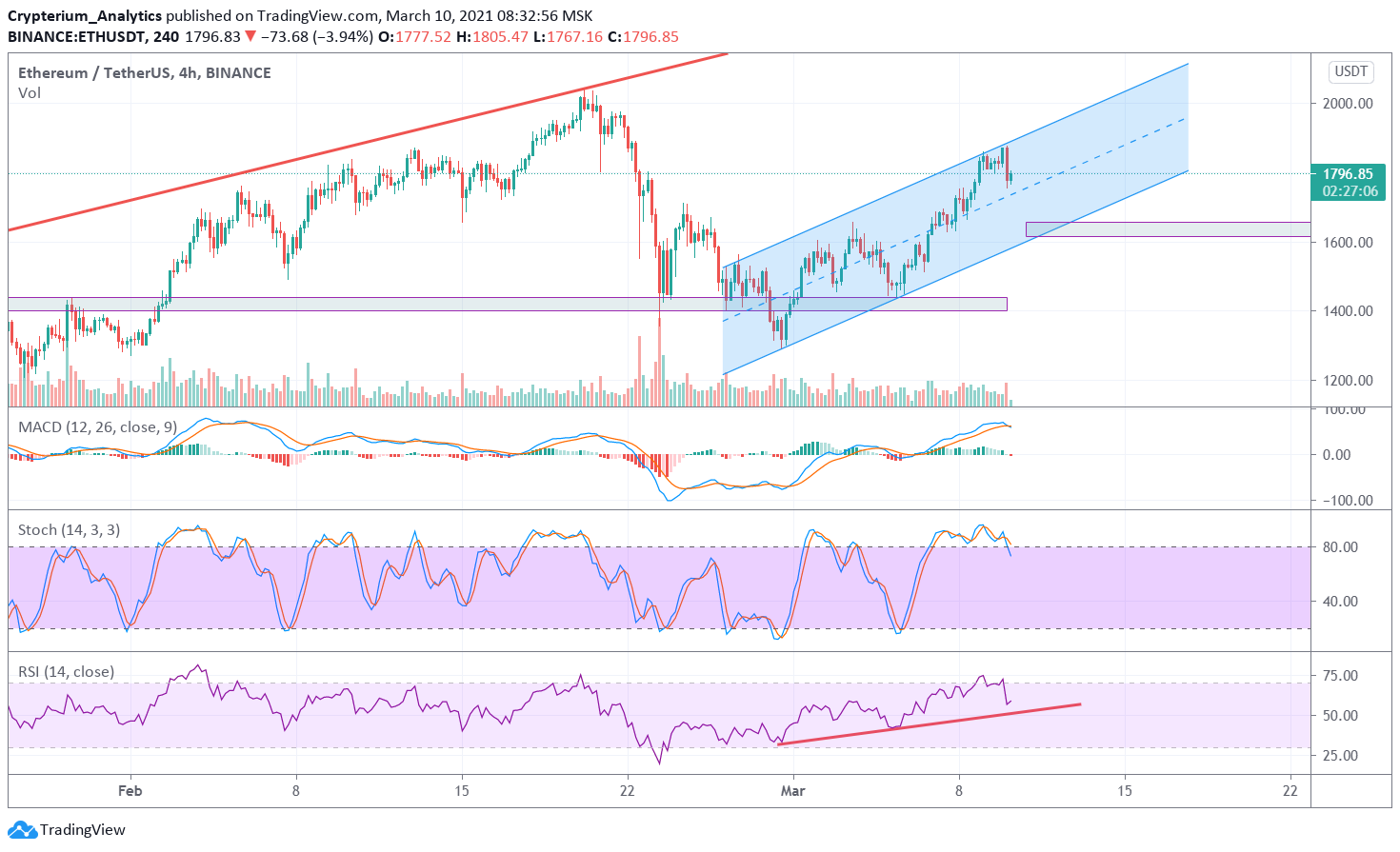 On the 4-hour timeframe, it is clear that the current fall does not interrupt the uptrend and, on the contrary, confirms it. We have drawn an ascending channel, which clearly shows that the current decline is not critical. So far, the price is moving down to the middle line of the channel, which may become the first support level.

At the same time, we believe that the fall may still continue up to the range of $1,610 – $1,660. This level corresponds to the lower border of the ascending channel, where the main support level will be located at the current moment. An uptrend will only be threatened if the price consolidates below $1,610.

Further decline is indicated by the MACD and Stochastic indicators. Both indicators turned down and are likely to move in that direction for a while. But the RSI has almost run into an uptrend (red line), which corresponds to the middle line of the ascending channel. Therefore, there is a small chance that the Ethereum price will reverse at current levels and start growing again.

With all this, we believe that the current drop is only a small correction because yesterday there was good fundamental news for the coin – today a hardfork of Berlin will be launched on the Ropsten testnet. If successful, around April 14th, this update will be rolled out to the main Ethereum network.

This is a rather important update that will reduce the costs of Ethereum users on network fees. The calculation of the cost of gas will be changed, as well as new types of transactions. Against this backdrop, Ethereum can continue to grow rapidly up to $2,000. You still have time to buy ETH via Crypterium App with almost zero fees.