Over the past day, Bitcoin showed an upward trend again and increased by 5.5%. Trading volumes are starting to increase gradually and now amount to about $40 billion per day. The total market capitalization of the entire crypto market has also grown significantly, adding $100 billion in one day.

Let’s take a look at the chart of the first cryptocurrency and try to understand if this growth will continue in the coming days: 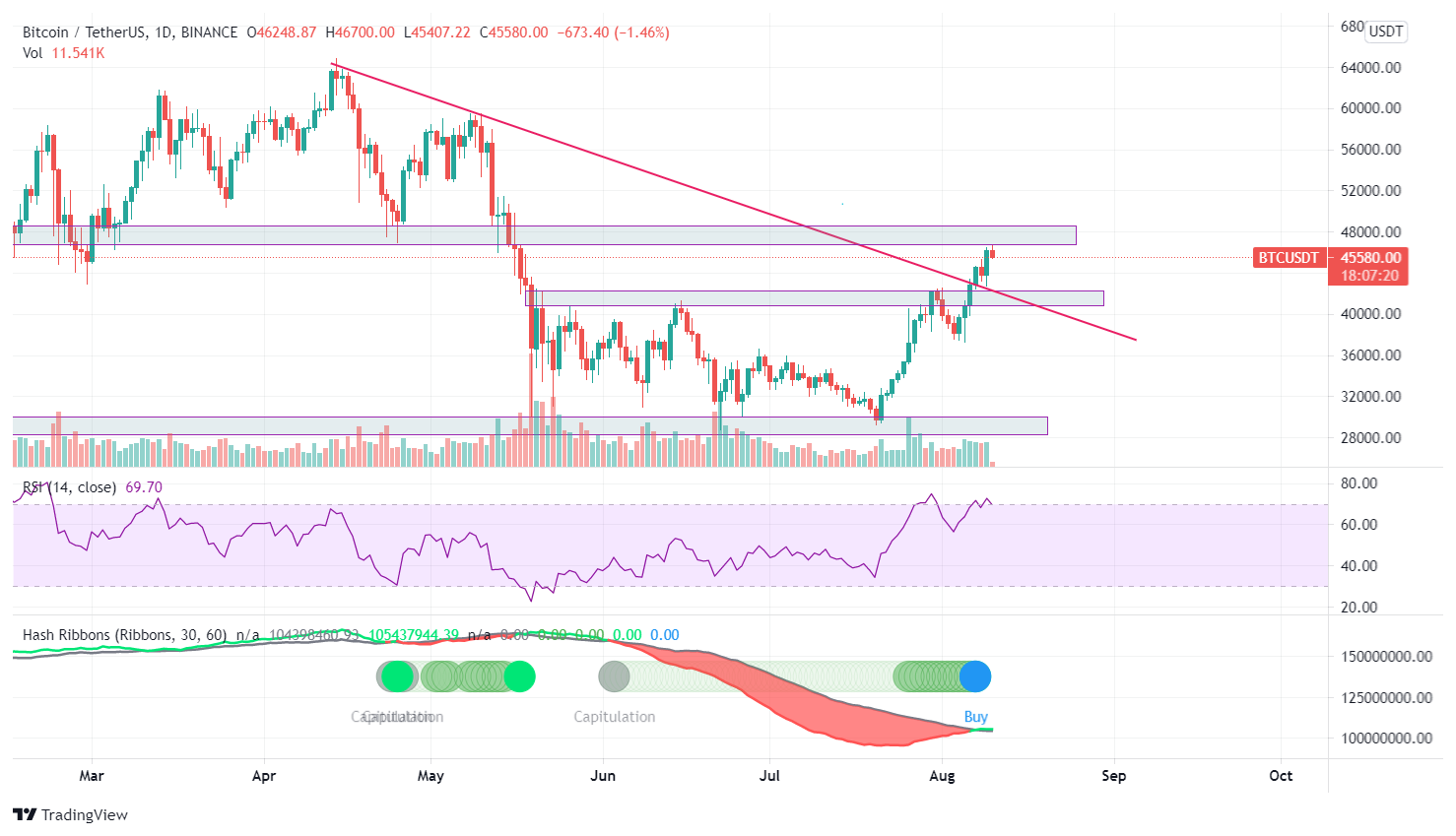 Over the past 7 days, Bitcoin has grown from $37,000 to $46,700, or 25%. During this rally, the chart broke through the most important resistance at $41,330 and was able to gain a foothold above it. In the same zone, the border of the downtrend, formed at the end of spring, passed. The price was able to break through it too.

Thus, the chart was able to get out of the protracted sideways movement within the $30,000 – $40,000 range. The price was in this area for 2.5 months and could not get out of it in any way. That is why overcoming $40,000 with fixation higher is an important factor indicating the strength of the increasing movement.

The Hash Ribbons indicator has signaled to buy Bitcoin, for the first time since December 2020. Thus, he points to the fact that Bitcoin’s hashrate powers have begun to recover and have a clear upward trend. At the moment, this indicator has 100% worked out of its signals, which have been 6 times over the past 3 years.

Recall that the power of the Bitcoin network has fallen by more than 2 times due to China’s bans on mining activities. Within 2 months, miners transported their equipment from this country to other jurisdictions such as the United States, Russia, Canada and Kazakhstan.

However, we noticed a slight bearish divergence in the RSI indicator. This could lead to a short-term decline and retest of the downtrend line. In this case, the price of Bitcoin may approach the $40,000 – $41,000 range. This will be a good indicator for a new round of growth and a breakdown of the $50,000 level in the coming weeks.