Over the past day, the price of Bitcoin has grown by half a percent and continues to remain near the $52,500 level. The rest of the cryptocurrency market, on the contrary, showed significant growth exceeding a small rise of the first cryptocurrency

Perhaps, this may be due to the fall of altcoins in the middle of the week, and now they are winning back their positions.

To understand whether the overall market growth will continue further, you need to study the Bitcoin chart. Let’s take a look at it: 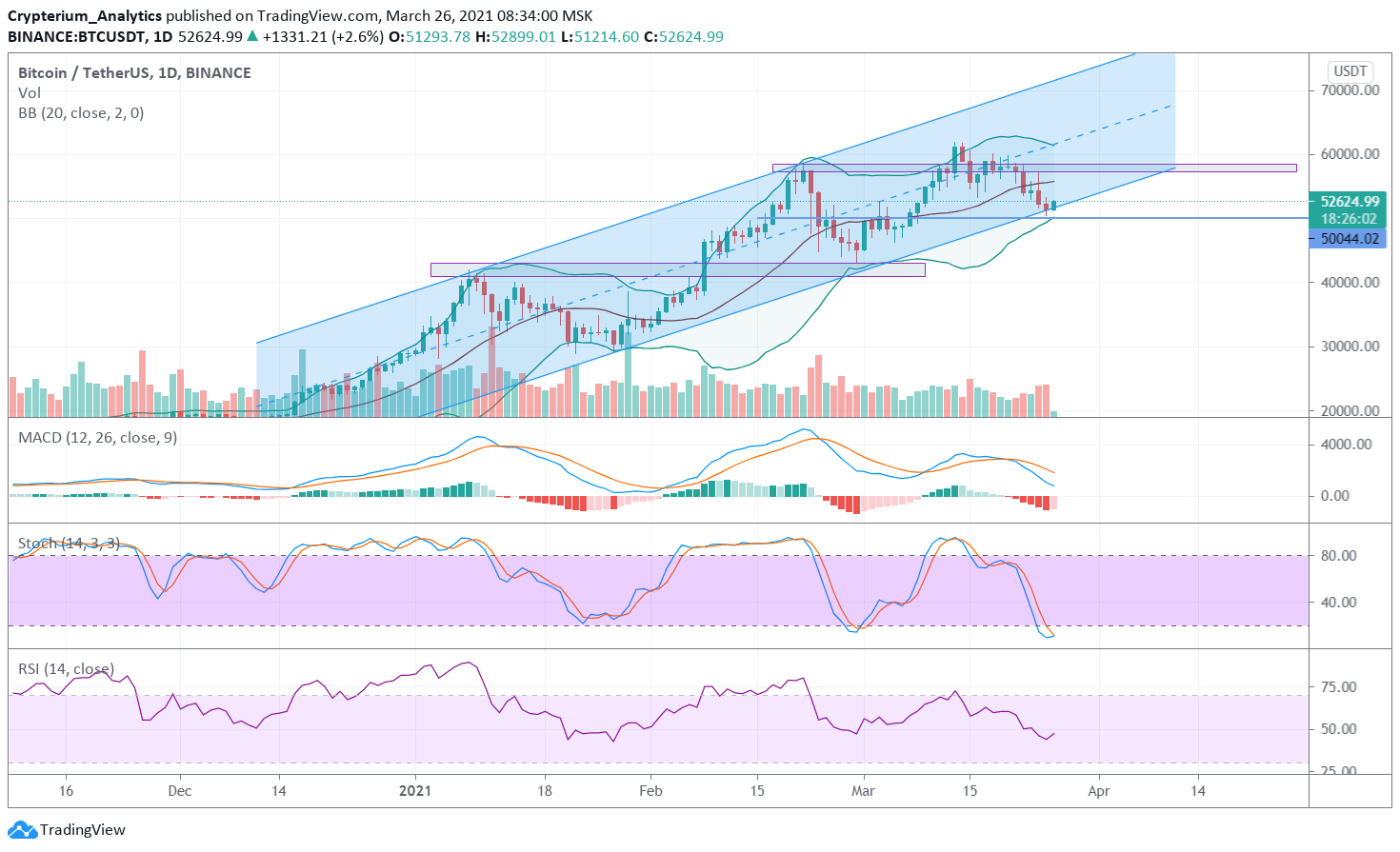 As we expected, Bitcoin dropped to $50,000 yesterday. At this point, buyers activated and bought this fall. On the 4-hour timeframe, several bullish and bearish engulfing are visible, which led to a price reversal. By the way, this provoked an increase in Bitcoin trading volume by about 20% per day, which reached $60 billion.

After the chart reached $50,000, it reversed and returned to the ascending channel. We can say that falling out of this channel was a false breakout.

In addition to all this, it is worth taking a close look at the indicators. So, for the first time in March, the price reached the lower Bollinger border. This is a good sign and indicates that a price reversal is close.

Stochastic also indicates this, which in the last days broke through the oversold line and consolidated there. Now it can provoke a price reversal and a new round of growth.

The RSI also stayed near the middle line for quite a long time and now shows signs of a reversal. It looks like the MACD has also stopped its decline and has a high likelihood of further upside reversal.

Based on this, we believe that the price of Bitcoin will increase in the coming days. The first resistance level is $54,000. There is little resistance that is likely to be broken. After that, the price can reach the range of $57,000 – $58,000. If the schedule manages to gain a foothold there, we will see a new attempt to install ATH. Don’t miss a chance to make a good profit, buy BTC with almost zero fees using your bank card through the Crypterium Wallet.