Crypto Daily: To what levels will Bitcoin continue to fall?

Yesterday the price of Bitcoin has continued to fall along with other altcoins. Find out more about what to expect from BTC in the coming days

Yesterday the Bitcoin price continued to decline and this has been happening for 4 days in a row. This time, the chart was down 4% to close at $34,000. The trading volume increased significantly as a result of the selling pressure.

Altcoins also followed the Bitcoin price and fell in value. However, their fall against the dollar is much weaker than that of the first cryptocurrency. This may indicate the flow of capital from Bitcoin to altcoins.

Let’s take a look at what to expect from Bitcoin in the coming days and prepare for future events: 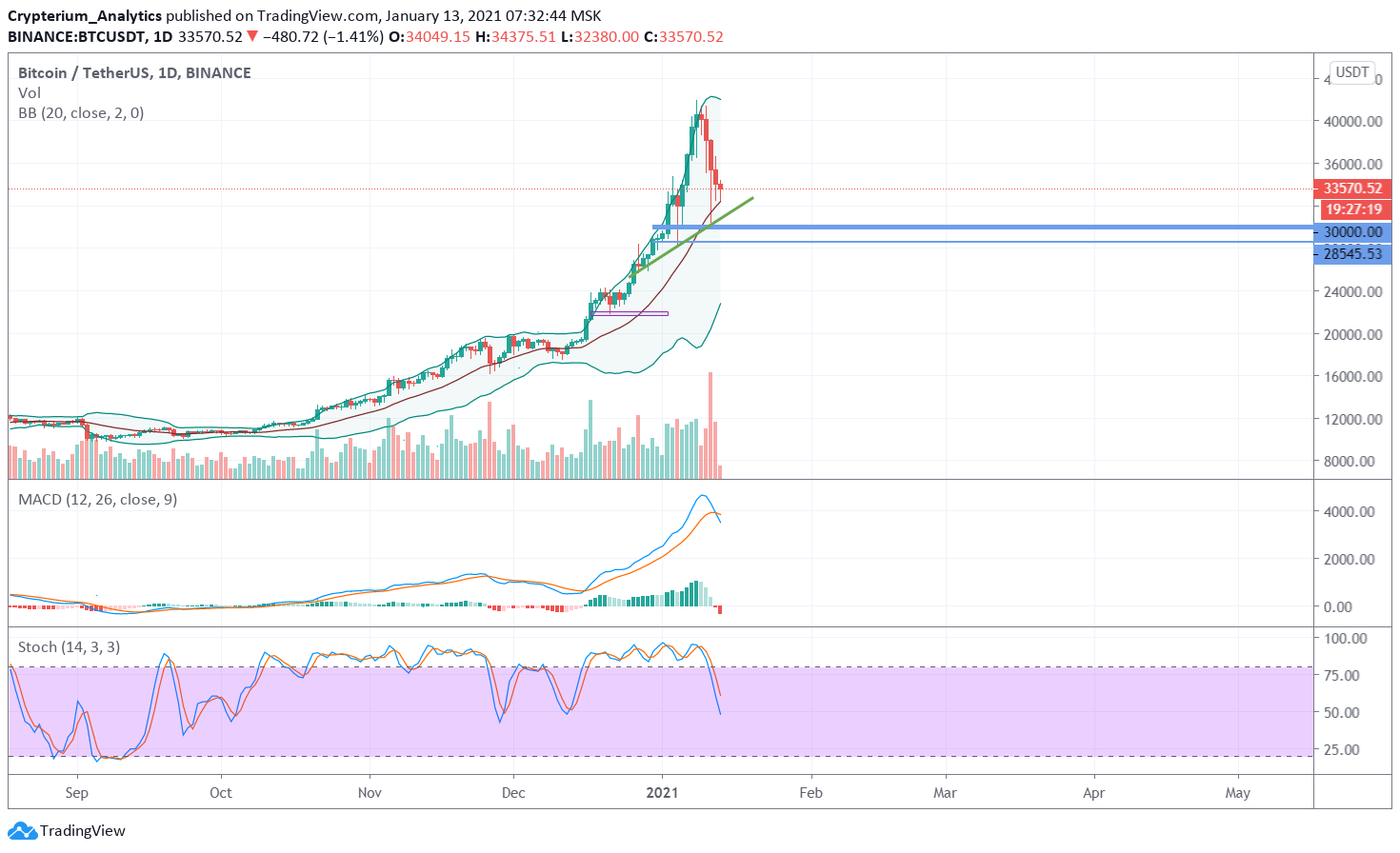 On the daily timeframe, everything looks quite pessimistic. The price has already dropped by 20% from ATH and continues to fall. The MACD indicator, the rate of decline will only increase. The picture is similar with other indicators.

In particular, the Stochastic indicator was month in the overbought zone and has now turned down. The nature of the fall suggests that a decline to the lower border awaits us. The indicator may stumble on its current location for some time, but it will definitely go down.

Also, the chart is stuck at the Bollinger Middle Line, which has become the main resistance at the moment. However, it must be remembered that according to this indicator, the price necessarily touches the lower border. At the moment it is $ 22,800. However, the range has begun to narrow and this value will surely rise. 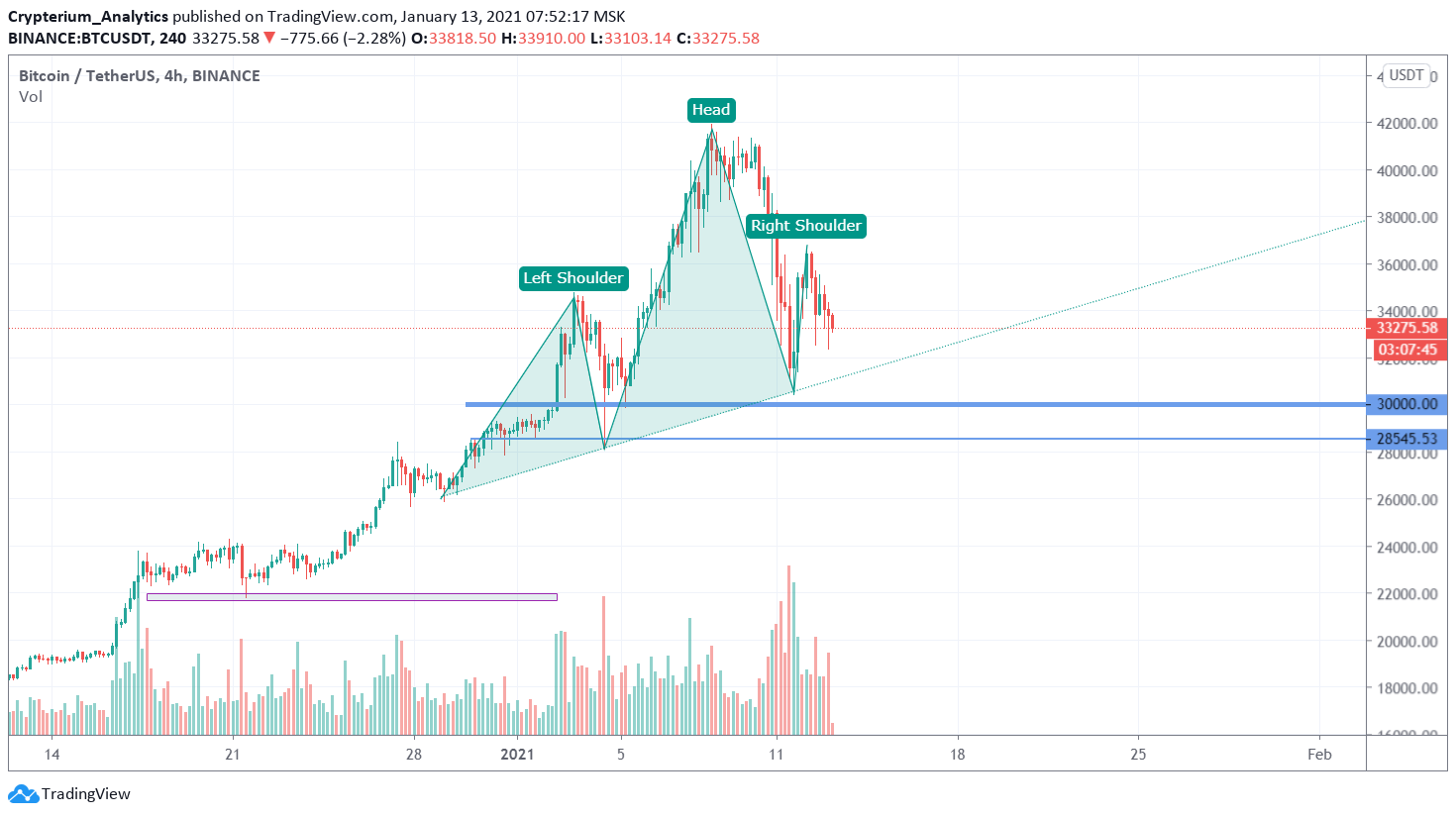 But on the 4-hour timeframe, a “head and shoulders” pattern appears. At the moment, the chart is completing the right shoulder. In classical technical analysis, this is a reversal pattern on a bullish trend. Therefore, you need to take a close look at this formation.

These movements ideally coincide with the new indicator drops on the daily timeframe. Therefore, it is possible to place orders at the levels indicated above.

Such an outcome could break the entire uptrend and further growth of Bitcoin will be questionable.

However, there is a possibility that the head and shoulders will not be formed. Then we can expect a new upward movement. This can happen either at current levels, or through a double bottom pattern. The second bottom can be formed in the range from $30,500 to $32,000. However, we do not expect new historical highs yet.

We gave you some variants of Bitcoin price movements to the end of the week. Follow our articles so as not to miss new Bitcoin growth or fall. It is possible that the situation on the crypto market may change dramatically on Monday.