Crypto Daily: Bitcoin In A Downtrend

The price of Bitcoin has decreased by 3.6% over the past day with the rest of the market, which fell by an average of 3%. Ethereum fell the most, with the price approaching the $2,000 mark.

Let’s take a look at the chart of the first cryptocurrency and try to understand how yesterday’s fall affected the big picture: 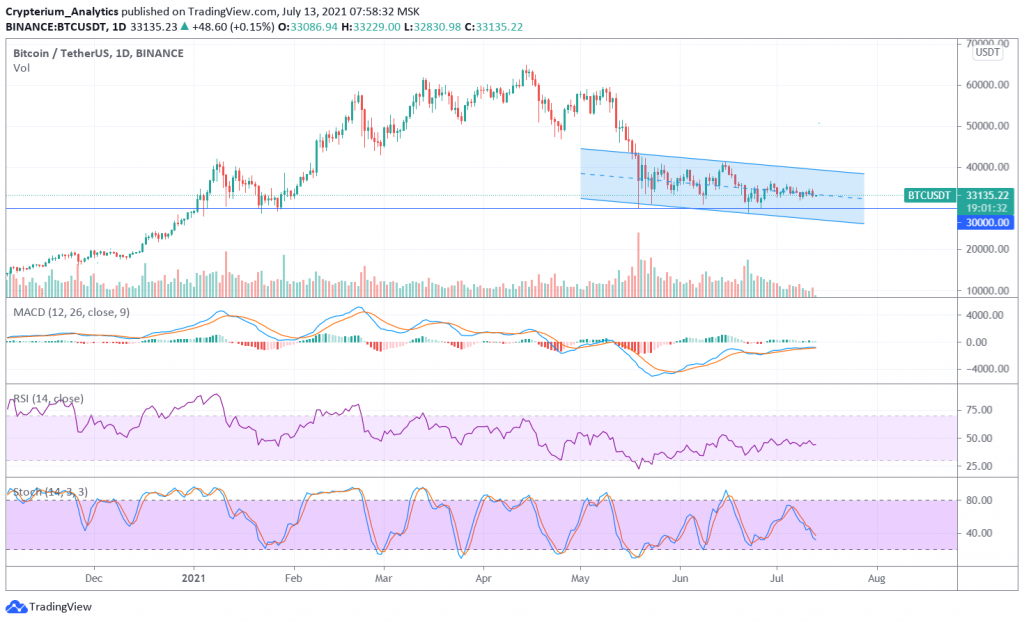 All this time, Bitcoin has been moving in a downward channel. In the last 2 weeks, the chart seemed to have stopped and practically did not leave the middle line of the descending channel. This coincides almost perfectly with the holiday season, during which many traders and investors leave the market.

MACD and RSI have stopped showing any dynamics and have been moving near the same levels for a long time. Stochastic should not be taken into account when moving inside the sideways channel.

Now let’s take a look at the Bitcoin chart on a weekly timeframe: 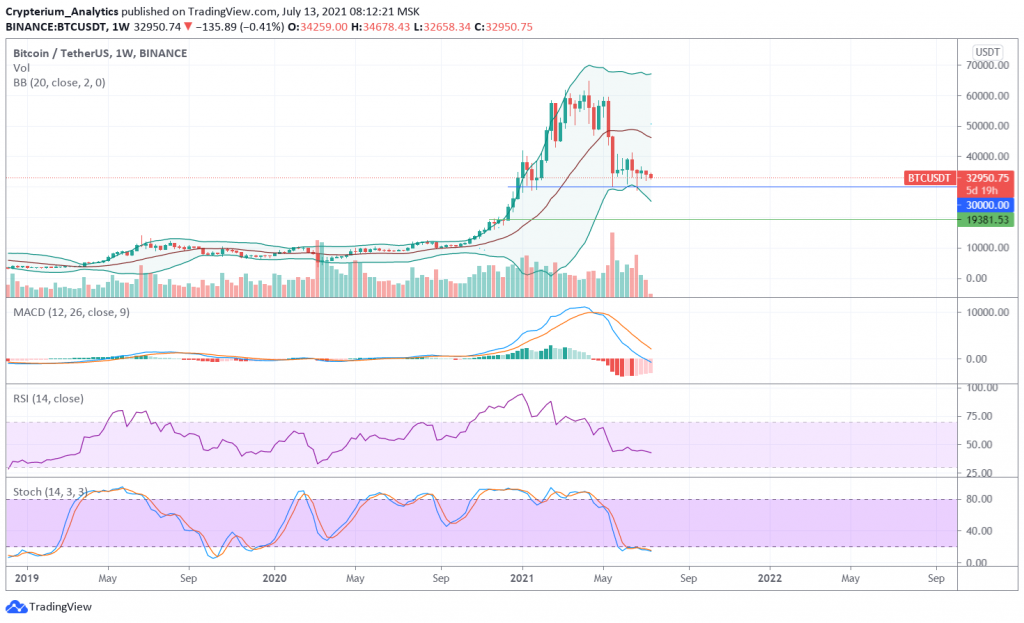 From this timeframe, it becomes clear that Bitcoin is in a clear downtrend. Candlestick formations indicate a high probability of a fall. Moreover, if the weekly candlestick closes below $33,000, then it is necessary to wait for the fall of the first cryptocurrency soon.

The closest point to which Bitcoin will go down will be $30,000. However, the price is unlikely to stop here. Most likely, the chart will break through this level and drop into the $26,000 – $27,000 range. At these levels it is necessary to watch the market reaction. If it is as weak as it is now, then Bitcoin could quickly decline to the largest resistance at around $20,000.

The RSI and MACD indicators are in a downtrend and do not look like they are going to reverse. The lower Bollinger band indicates a possible level of decline, which we have outlined below.

In general, the whole situation looks like Bitcoin is preparing for a new major fall. But after that, it will be seen whether the first cryptocurrency will start to grow. At the moment, you have the opportunity to make a purchase and gain some percent from a further spike.